Adding an OpenGL ES view to your project using NinevehGL

Recently I came across an openGL ES 2.0 engine that made setup, displaying and animating of 3D objects a breeze, called .  This 3D engine has many great features including a full multithreading environment, to keep the main run loop free during object rendering,  motion tweening, object groupings, custom lighting, materials and textures, custom shader support,  and native support for augmented reality, just to name a few. Another major benefit is the ability to import both wavefront …

END_OF_DOCUMENT_TOKEN_TO_BE_REPLACED

Introduction
In this blog post I will demonstrate how to mock HTTP requests using an Objective-C runtime dynamic method replacement technique known as method swizzling. I will show how this can be used in tandem with some unit test technologies to help with development of iOS web-service client side code.
In this example, the actual work of the HTTP request is embodied in my AsyncURLConnection class. It uses NSURLConnection to perform an NSURLRequest in an asynchronous manner, using completion handler blocks to return …

END_OF_DOCUMENT_TOKEN_TO_BE_REPLACED

Welcome back to another update to the . If you’re not familiar with this class I’d suggest you check out the following posts:
Cloning UIImagePickerController using the Assets Library Framework
Update: ELCImagePickerController
A lot has happened in the iOS world since the creation of this code. With the advent of every new version of iOS there are always exciting new features and bug fixes. Sometimes subtle code changes sneak into classes we’ve …

END_OF_DOCUMENT_TOKEN_TO_BE_REPLACED

Have you ever looked at the enumerateObjectsUsingBlock method of NSArray and wondered how you might use that design pattern in your own application. In this tutorial, I will be showing you how to do just this. We will be writing methods that accept blocks as arguments as well as learning how to declare block ivars and properties.
This tutorial assumes that you have at least a basic understanding of using blocks and Grand Central Dispatch (GCD). If not, …

END_OF_DOCUMENT_TOKEN_TO_BE_REPLACED

If you are like me and love using blocks over delegates, then these code snippets will come in handy. After learning about blocks I have come to love to use them, especially using them for callbacks rather than using the old protocol/delegate methodology. These code snippets will allow you to use blocks as callbacks over delegates.
In a previous post Facebook SDK – Posting to User News Feed I showed how to post various types of status’s to the …

END_OF_DOCUMENT_TOKEN_TO_BE_REPLACED

Today I’m going to show you how to make a static library for iOS. We will make a simple library and use it in a separate project.
What’s a static library
Here is what has to say:
In computer science, a static library or statically-linked library is a set of routines, external functions and variables which are resolved in a caller at compile-time and copied into a target application by a compiler, linker, or binder, producing an object file and …

END_OF_DOCUMENT_TOKEN_TO_BE_REPLACED

Hello iCoders. This is a follow up post to my initial post on the Assets Library Framework and Blocks. We came across an interesting problem when working on the application for . They have had an since the very early days of the app store, and one of our biggest struggles has been creating an interface to allow …

END_OF_DOCUMENT_TOKEN_TO_BE_REPLACED 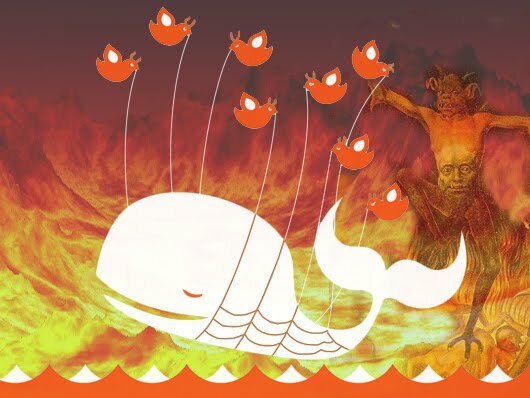 As many of you may have seen in recent weeks, Twitter changed its access policies and now that access Twitter user accounts. This is a large change from how many iPhone developers having been incorporating Twitter into their applications. What is OAuth exactly? How can iPhone developers get their apps up to date so they don’t break their Twitter incorporation? Well we have all the info you need to know about …