Hello iCoders,
I have a quick tip today that I have been using in some of my development that you guys may find helpful in yours. Lately I’ve been developing a Framework. We mentioned a little something about it earlier here on iCodeBlog. When developing a .framework, a lot of times during my work I couldn’t place break points in the code and had to rely mostly on NSLog. NSLog however really wasn’t doing the job for me. So I …

END_OF_DOCUMENT_TOKEN_TO_BE_REPLACED

Hey iCoders,
As we have worked together over the last three years, some of the other iCodeBlog writers and I have gotten some pretty good coding conventions going that we thought would be good to share with you guys. One of the toughest to read coding conventions on iPhone is the declaration and synthesis of iVars. I’m going to go through a quick example of the correct way to do this, and the advantages of using the practice. So lets dive …

END_OF_DOCUMENT_TOKEN_TO_BE_REPLACED

Hey iCoders,
Short post today on a little tool I made for myself that is turning out to be very useful. This is a simple UIColor category which adds a class level initializer that accepts the color strings output from the Digital Color Meter application in OS X. I regularly make iOS apps which refer to design PDF documents. Many times designers don’t provide exact details to what colors are in the design. To get them I use the Digial Color …

END_OF_DOCUMENT_TOKEN_TO_BE_REPLACED 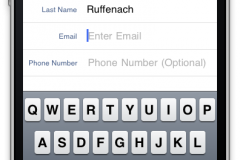 END_OF_DOCUMENT_TOKEN_TO_BE_REPLACED

Table Views are one of the most common things within iPhone Applications. The standard UITableViewCells that are provided by Apple are nice but have always had a HUGE flaw in my mind. When you apply some text to the textLabel or detailTextLabel of a UITableViewCell the length of the text is not considered at all. If the text is longer than a single line you need to set the numberOfLines property to be enough so that your content can be showed. Moreover, you also need to compute the new total height of the cell to supply for the height delegate method.

END_OF_DOCUMENT_TOKEN_TO_BE_REPLACED 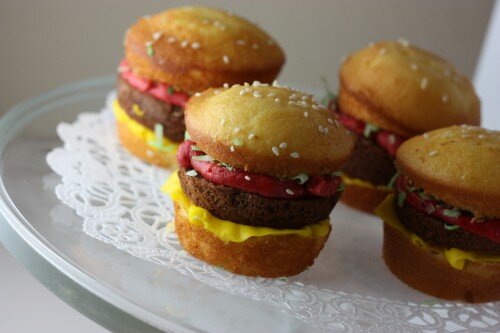 If you have an iPad you have probably used iBooks, Apple’s eBook application that gives users access to the iBooks store. In this application you can navigate through books in a number of ways. Today we are going to focus on the scroll bar at the bottom of a book that a user can utilize to skip to any given page within the book. This control involves a customized UISlider and a UIPopoverView that drags along with the slider as the value changes. Today we will be making a UISlider subclass that will duplicate this functionality.

END_OF_DOCUMENT_TOKEN_TO_BE_REPLACED

So, why would you want to integrate Google Analytics into your iPhone application. Duh, for the same reasons you would integrate it into your site. Google has extended their killer analytics platform to include mobile devices including the iPhone and Android devices.

The analytics API gives you some very powerful options to get as nitty gritty as you would like in your application tracking.

END_OF_DOCUMENT_TOKEN_TO_BE_REPLACED

Adding TwitPic to your Application

Introduction
Back in July of last year. Brandon put up a post showing you how to integrate twitter into your application. Today I am going to take the class he made last year and add a new class which will let you post to twit pic. First lets do a little overview of what tools we need for this.
Required Tools
Twit pic is an awesome service. They have created a …

END_OF_DOCUMENT_TOKEN_TO_BE_REPLACED

I had some a to shorten URLs for an in-application Twitter client I’m working on and thought I would share my simple solution with you guys.

It’s actually pretty straight forward and can be done in 1 line of code. I have broken it up into several for clarity.

END_OF_DOCUMENT_TOKEN_TO_BE_REPLACED

I’m sure you have seen a Twitter client such as or count down the characters as you type your Tweet. This is done by responding to the Editing Changed action on a UITextField.

Today, I will show you how you can implement this functionality in your application as well as show you some other real world examples of responding to this action. Here are a few of the uses that we will discuss:

I will create the core code and show you how to modify it slightly to implement the other 2 applications.