So last week I posted a rather lengthy breakdown of my week at WWDC. As part of that week I was able to schedule a One-On-One with an iOS App Review employee about an app I developed several months ago called 88 MPH. A while ago I was being contracted for a medical technology down in Carson City, CA; a small tech town about 20 miles or so south of San Francisco. I spend Mon – Wed there for about six weeks during the beginning of this year.

This left me with a lot of down time at the hotel thinking of little apps to make. The company I was contracted by was fulling of meeting addicts. Some days six of my eight hours there were meetings. This was quite different from how my days goes at my companies home base and took a bit of getting used to. During one meeting we started joking about how it would be nice to be able to set your iPhone home screen clock to whatever time you like, so if you are running a few minutes late for a meeting, you could show a quick flash of your phone being a few minutes behind, and all would be forgive. So I decided to make it… 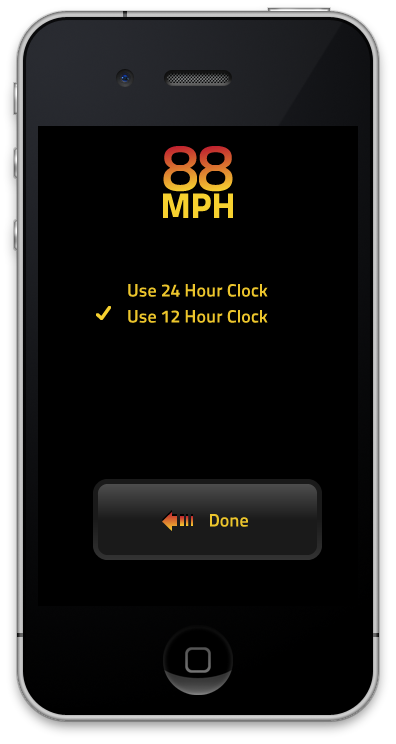 This is not a huge app, but it is polished, and as far as I can tell not reproducible with HTML 5 as the status bar needs to be black. I submitted the application back in February as a free application, and received this response.

2.12 Apps that are not very useful or do not provide any lasting entertainment value may be rejected

Now I will be the first to admit this is not an earth shattering application. But every person I show it to smiles, and it is something not easily done with iOS yet. And even if this was easily done with iOS’ standard install, that should be no reason to ban something from the store. Anyways, I was told I could appeal the decision, which I did, with a more lengthy description of the product, but heard nothing back.

So once I got to WWDC, after some troubles getting any appointments scheduled, I was able to get a time with an iOS app reviewer. When I sat down with him one thing became clear very quickly. This app was not rejected for limited functionality. Many, many apps in the store are just web views, or single unchanging views and this is much more than that. So we came to an understanding there quickly.

The focus of the discussion then went to replicating iOS interface. The reviewer said this was not something that Apple allowed. Not I’m sure some of you iPhone users out there know this is untrue too. There are many apps out there that replicate Apple’s interfaces and get into the store no problem. The example I used for the reviewer was , which as part of the game has fake phone calls generated by your “informants”. Here is a screenshot of what their phone calls look like. 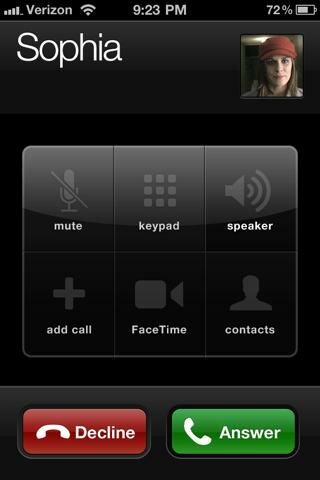 This to me seems like a violation of what the app reviewer told me was the actual problem with 88 MPH. This screenshot does not represent a pixel for pixel duplication of a native iOS screen, but other parts of “The Heist”, such as the faked Facetime shots do. There are examples of several other applications in the store doing this as well; apps for fake phone calls to come or or go out, duplications of the calendar etc.

I’m not sure if it is the fact that The Heist is a much more robust application, or possibly based on TapTapTap as a company and the people involved; but I believe this highlights an inconsistency in the review practices of Apple. The App Store has become a marketplace too large to allow inconsistencies like this. If rules are going to be applied to the marketplace, we as developers should be vigilant to make people aware of inconsistencies we experience. With one key holder, those entering through the door need to make sure practices are fair.

I’ll be the first to tell you that Apple’s control over the Operating System, SDK, IDE and Marketplace through which I develop make many things easier; but in the case of App Store restrictions I believe Apple is in a dangerous territory in terms of fair competition, censorship and inconsistent enforcement. I want the app store to become a dominant software marketplace, and I feel a level of openness is required to achieve that.

In light of all this I’m open sourcing 88 MPH. It’s nothing special but could be cool to check out. One interesting note about it is that I am using this special UIFont subclass called FontLabel that allows you to use non standard font. This was actually addressed in iOS 4 with the ability to add custom font in your plists and use them directly with UIFont. Check out for specifics.

Does anyone else out there have stories about app rejection? Let us know in the comments. Thanks for reading and happy coding.